We’re all spending too much time on digital devices (especially kids) and too little time interacting and working with our hands to create actual things. I believe that we are all here to play in, and create the world we want for ourselves and each other. I’m here to empower people to play more and make something whimsical and wonderful to be proud of, share and enjoy.

I DESIGN ORIGINAL (and Incredibly Fun) PAPERTOY CREATIONS TO MAKE, PLAY WITH & COLLECT!

We’re all spending too much time on digital devices (especially kids) and too little time interacting and working with our hands to create actual things. I believe that we are all here to play in, and create the world we want for ourselves and each other. I’m here to empower people to play more and make something whimsical and wonderful to be proud of, share and enjoy.

You’re an art fan. You’re a collector. You’re a lover of colorful characters and all things fantastic, unique, or cute. You love making things, or you long for the days when you did. Or perhaps you’re just looking for some fun, creative and stimulating activities to do with the kiddies. Well my friend, you’ve come to the right place.

Get ready for an explosion of Awesome when you combine the best parts of arts & crafts, model building, engineering, and designer toys with original artist’ created characters and pop culture favorites. You’ll be amazed at what you can create with just a flat just sheet of paper and a glue stick. An expressive good time for all… the middle schoolers, the old schoolers, even the too cool for high school-ers. Paper toys are truly Fun for the whole family.

“I have had the pleasure of knowing Brian for some time and always find him to be one of the most enthusiastic creatives on earth! Working on projects together he is guaranteed to be organised and inspiring throughout.”
Ben O'Brien

“I worked with Brian, providing illustrations/paper toy designs for the book ‘Paper Toy Monsters’. Brian managed to gather together paper toy designers from around the globe to create this fantastic book. He is an inspiring creative director, designer, illustrator, paper engineer… animator, the list is just endless!  A very talented guy and a pleasure to work with”
Jennifer Bryan

“Brian’s design work is always fresh and professional. His commercial commissions respect and amplify product brand while maintaining his own unique aesthetic, which is a rare talent.”
Keith Kurman

I always put my heart into everything I do, with the intention of not only feeding my creative soul but also to share that energy. Working with conscious expression always supports creation of some pretty cool stuff that I’m really proud of and happy to share with you.

Stuff like collaborating on creating a DIY robot that wears my paper toy skins and holds a smartphone – these will be donated to Children’s Hospitals, making it possible for the bedridden kids to interact with each other by piloting their robots around (via iPad) and communicating through the phone’s camera. Amazing!

Have also partnered with Play Smart Labs, developing an iPad game/app called Mailians which has kids print and scan my paper toys in and out of their digital game to not only use their own toy creations as characters in the game, but also to encourage them to put down their devices at times, to create, print, customize and build new paper toys to play with in real time.

And then there’s my paper skeletal spine/ribcage design that kids will be popping out of and building in Know Yourself’s new upcoming Adventure Series. Have also designed paper toy versions of the storybook characters, “Tubby & Stretch” who star in a book that teaches kids with abnormal body types that it’s okay to be “different” and that they too are beautiful. And that we are all beautiful.

And for something a little different, I am proud to be one of the founders of a very exciting new venture, The Love Beacon, “Beautiful, Wearable Technology for Mind-Body Wellness.” Designed to enhance people’s well-being by actively focusing them on the mind-body connection through love, positivity, gratitude, and the fulfillment of their intentions. Check out TheLoveBeacon.com to learn more about it.

Like I said, stuff I’m really proud to support, collaborate, share and be a part of. Please check out the Projects page to hear about these and More! 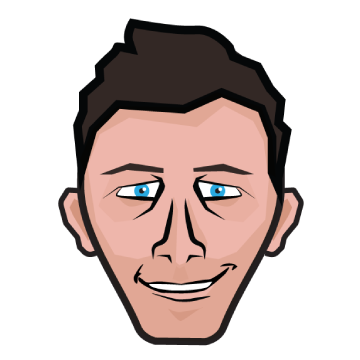 Wow you’re still reading. Sweet! Well, OK, I’ll tell you how I got started in the world of paper toys. Read on…

Anyway, back in 2006 I created a little anti-hero character by the name of NiceBunny, who fights for the rights of animals, people and the environment – basically giving the oppressors of the world a hard lesson in tough love with his “Be Nice Or Else” methods. And in 2007 launched my first paper toy series featuring my NiceBunny character.  Anyone could download, print and build my toys for free. They were a huge hit. And I am happy to say NiceBunny is coming back and he has evolved. Where he once fought against the evil forces of the world, he now fights for the good in the world. No longer wasting his energy on negativity, he now puts his focus and energy towards positive change. From anti-hero to hero. From “Be Nice Or Else!” to  just “Be Nice!”  Be sure to check out the NiceBunny page.

After that I released a new series called HedKase, where I released a new toy every week for months. I also made the toy template available as a blank, allowing creative types to “skin” the toy with their own designs. That also spawned an “Artists’ Series” where I hand picked a dozen artists to customize my template. You wouldn’t believe how cool some of those turned out. Some of these toys will be available on this site, in the future – stay tuned.

After that, papertoys started popping up all over the web and I saw the need for a central hub where artists and fans could come together to find the latest toys and artists as well as to share and collaborate on all things paper toys. So I created NicePaperToys.com, the first and only paper toy social network. Now with around 6000 members and growing daily. NPT is super kid friendly and quite active. Check it out, it’s completely free.

Eventually started to be known as NiceBunny myself, which became my artist handle for awhile. However it was a bit confusing between NiceBunny the Artist and NiceBunny the character. So that’s when I opted to just go by Castleforte, which is what most people know me as anyway. Mostly I’m just happy to be done with the identity crises.
It was just in the nick of time too. I swear my ears, feet and two front teeth were starting to grow. Yikes!

That was about the time I was approached by the amazing Workman Publishing Co. requesting that I author and curate a book of Papertoy Monsters. This turned into an amazing book of 50 paper toys for kids of ALL ages, which is now available in four languages, with a follow up book of glow in the dark themed robots, called Glowbots, coming in 2016. Exciting Stuff for sure!

My favorite thing about these books is the inspiration, fun and connection people get from them,
especially the way they bring kids and adults together doing something so creative and different. Pretty rad.
I have since had the honor of being included in a few other wonderful books, all of which are available to check out on the Books page. 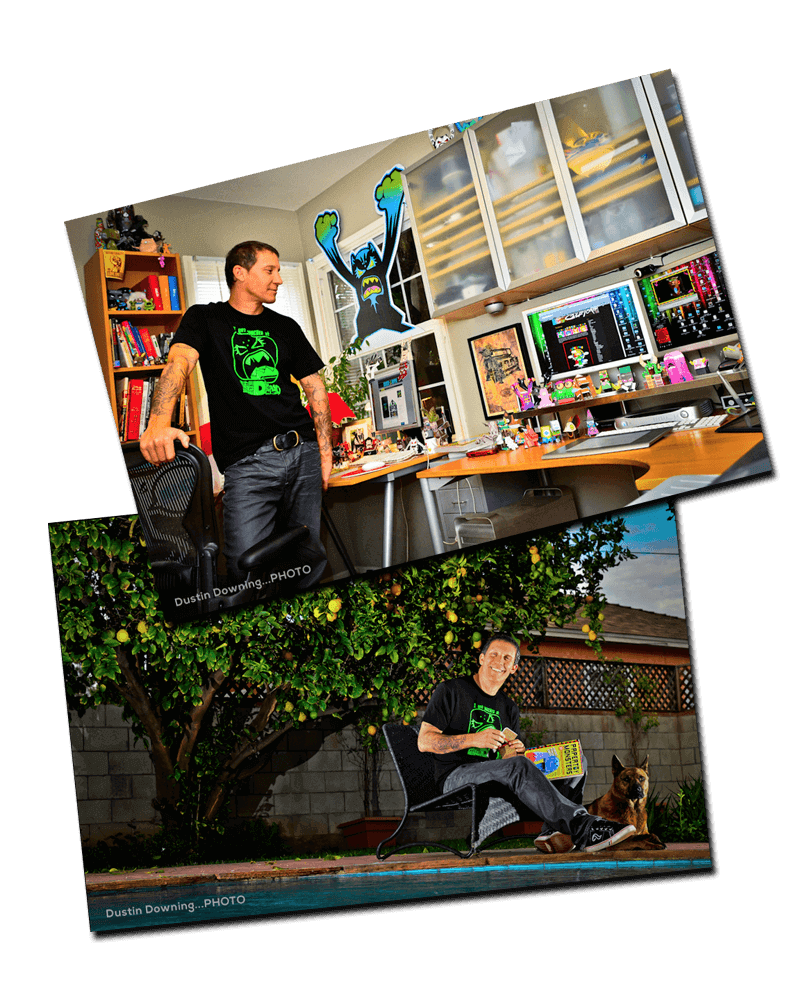 Professionally creating cutting edge film and television graphics for almost 20 years, for many of the industries best and brightest studios and agencies. Both as a freelance contractor and through my company Castleforte Group. View my animation reel on the Services page.

I’m a California native. I have a beautiful “fur child,” my number one son, a Lab/Akita mix named Soul. I am a bit of an activist for the environment, human and animal rights. I have a smile for everyone. And I live to create.

So that’s me and I guess that’s it. I’d love to see what You’ve been making lately! Let’s make some toys! Paper toys!